Do you need an Experienced Attorney to represent you on your Drug Charges?

DIANE BUERGER IS A CRIMINAL DEFENSE ATTORNEY REPRESENTING THOSE CHARGED WITH POSSESSION, TRAFFICKING AND CONSPIRACY IN BARTOW AND CENTRAL FLORIDA

Potential sentences for drug offenses vary widely based on the substance involved, and whether you’re charged with possession, sale, or trafficking. For clients in Polk, Highlands and Hardee Counties, The Buerger Law Firm provides representation in cases involving all types of drugs, including marijuana, cocaine, heroin, prescription medications, methamphetamine and designer drugs. Bartow drug crimes defense attorney Diane Buerger searches for defenses and sentencing alternatives. She’ll explore possible alternatives to prison time, including community service and substance abuse treatment. Or, if your case needs to go to trial, she’ll fight your case before the judge or jury. 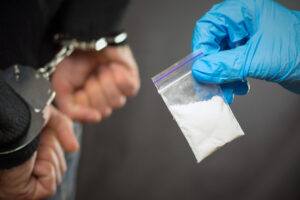 A “drug dealing” accusation can encompass anything from large-scale trafficking to a few pills sent to a friend. No matter what the particular circumstances are in your case, attorney Diane Buerger works to develop a sound strategy to resolve the issues and fight for the best possible outcome.

In a free initial consultation, we’ll discuss the legal framework and try to figure out the best strategy for your case.

ARE YOU CONFUSED ABOUT WHAT LAW APPLIES TO YOU?

Changes in societal norms have led to changes in the law that can make the rules that apply to drug possession somewhat confusing. Even possession of a small amount of marijuana could land you in jail and result in a driver’s license suspension. Larger amounts of pot or other controlled substances can trigger felony charges and extended prison terms. No matter what substance is involved, a small variation in the amount can be the difference between a third-degree and first-degree felony. Our firm presses for accurate charging and works diligently to exclude improperly gathered evidence.

If a driver’s faculties are impaired by the use of a controlled substance, that motorist faces the same type of punishment as a driver accused of driving drunk. However, the tests for controlled substances might not be as precise as the tests for alcohol, and determinations of drug impairment can be subjective. Some symptoms of drug impairment can often be traced to innocent causes. If you’ve been arrested for a drug-related DUI, we’ll take a thorough look at your case and advocate for fair treatment at every stage of the process.

The Buerger Law Firm, P.A. is an experienced drug crimes attorney in Bartow, Florida who can effectively defend you if charged with a crime. With more than 30 years experience handling a full range of drug crime charges, she represents clients who have been accused of drug-related offenses in Polk, Highlands and Hardee Counties. Please call 863-537-7907 or contact us online to schedule a free 30-minute consultation at our Bartow office.

Satisfied with our services?

Contact us. Please Note. Under Message* field below please include the nature of the charge, but do not disclose any facts about your role or actions in the alleged offense.